No secret that information technologies have jumped headlong in their development since 40’s and it will continue to be so until the end of times. We are interested in how IT influence entertainment – games and cinema – and how these two influence each other.

About two decades ago computers operated on 133MHz processor and it was considered a high-end technology. People used to play their pixel Doom with as much fun as they now play their Crysis 3 – is this true? Higher level of details greatly involves player in the process, forcing him to memorize large locations, characteristics, storylines, etc. It actually distracts them from the real life for one obvious reason: most of game worlds are engineered in such a way that one is predestined to win rather than to suffer permadeath and never-ending misfortunes (like in rogue-likes) because making someone feel like a winner fills someone else’s pocket. Why not make you feel like an EPIC winner with graphics and sugar on top?

Games definitely have been becoming more spectacular since then but for some reason, Lara Croft’s record was beaten only in 2010 by Prince of Persia: The Sands of Time ($335 million) and just lately Warcraft has shown the outstanding mark of more than 430 million dollars. What would you consider – starring or game itself – deciding to take a walk to a cinema?

Though Mario claims to be first game-based movie, making games on movie plots is far older practice, starting in 1976 with Death Race release. It was based on the Death Race 2000 movie launched in 1975. By the way, that was the first time when ‘violence in games’ issue rose.

As it was already mentioned, quality products sell for more money and this money are usually spent on improving, creating and advertising. Unless something goes wrong, game developer or movie producer makes even more and repeats step one. What I am saying is that movies and games advertise each other – can you include mind-boggling statistics in your essay to make your teacher drop his jaw?

Cybersports is one step away from becoming another discipline we study at school apart from playing football – we all know how much they make at The International, right? – and this brings a lot of new possible theses on the table… 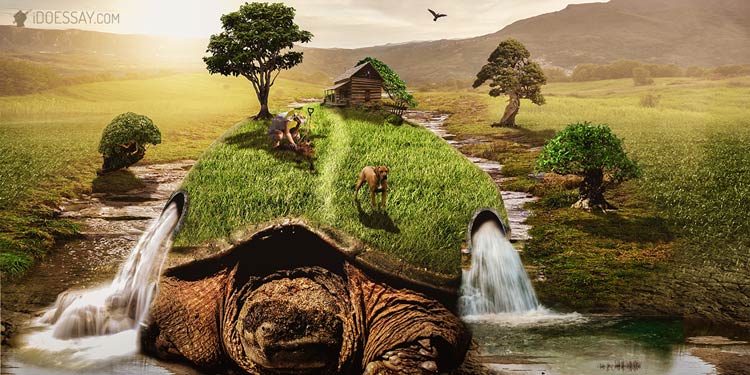 How about the idea that once role-play games will become one global entertainment watched, supplied, played and developed interactively? Which fiction writers of 20th century (or earlier!) had elaborated this kind of idea? What examples from movies you know? I know at least two – eXistenZ and Gamer.

Every point of view has been described before; the point is in data mining, as they say. By the way, what do you think the upcoming Minecraft movie will be about?